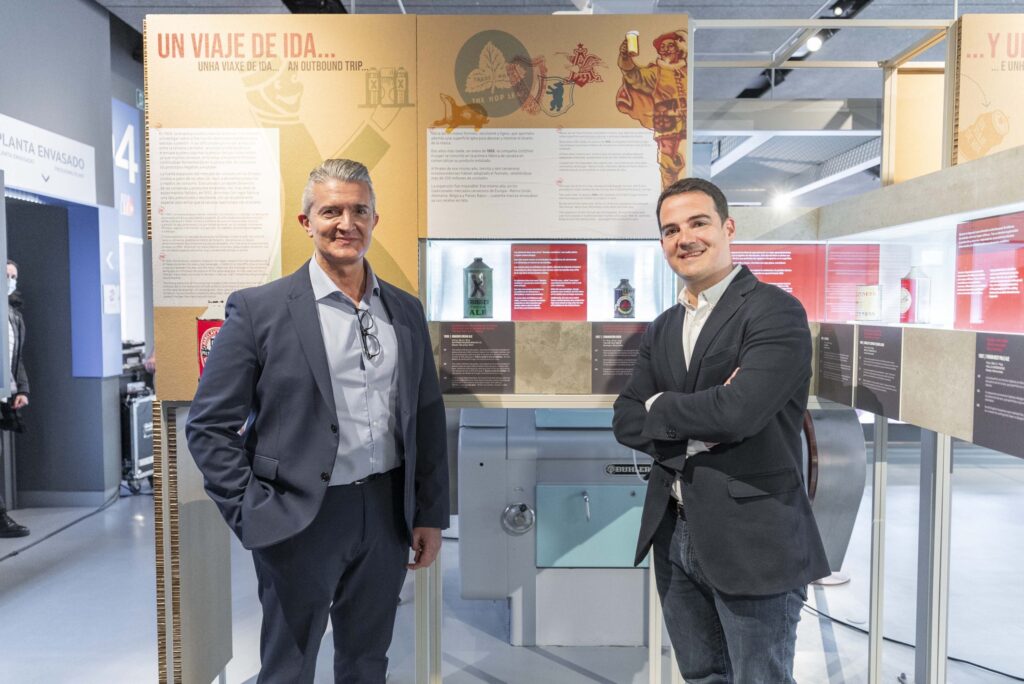 The first beverage can marketed, the special packaging for the coronation of George VI and the evolution of our brand Estrella Galicia’s cans since 1979 are some of the elements of the beer cans exhibition, in collaboration Association of Beverage Cans.

Our Museo Mundo Estrella Galicia (MEGA) reinforces its commitment to the spread of beer culture and history with the opening of its first temporary exhibition, which can be visited until August 31.

“Latas de cerveza. Un viaje de ida… y Vuelta” (Beer cans. An outbound… and return journey”) is an initiative with which we are committed to the positive impact on the care of the planet, showing the value of cans as infinitely recyclable elements. 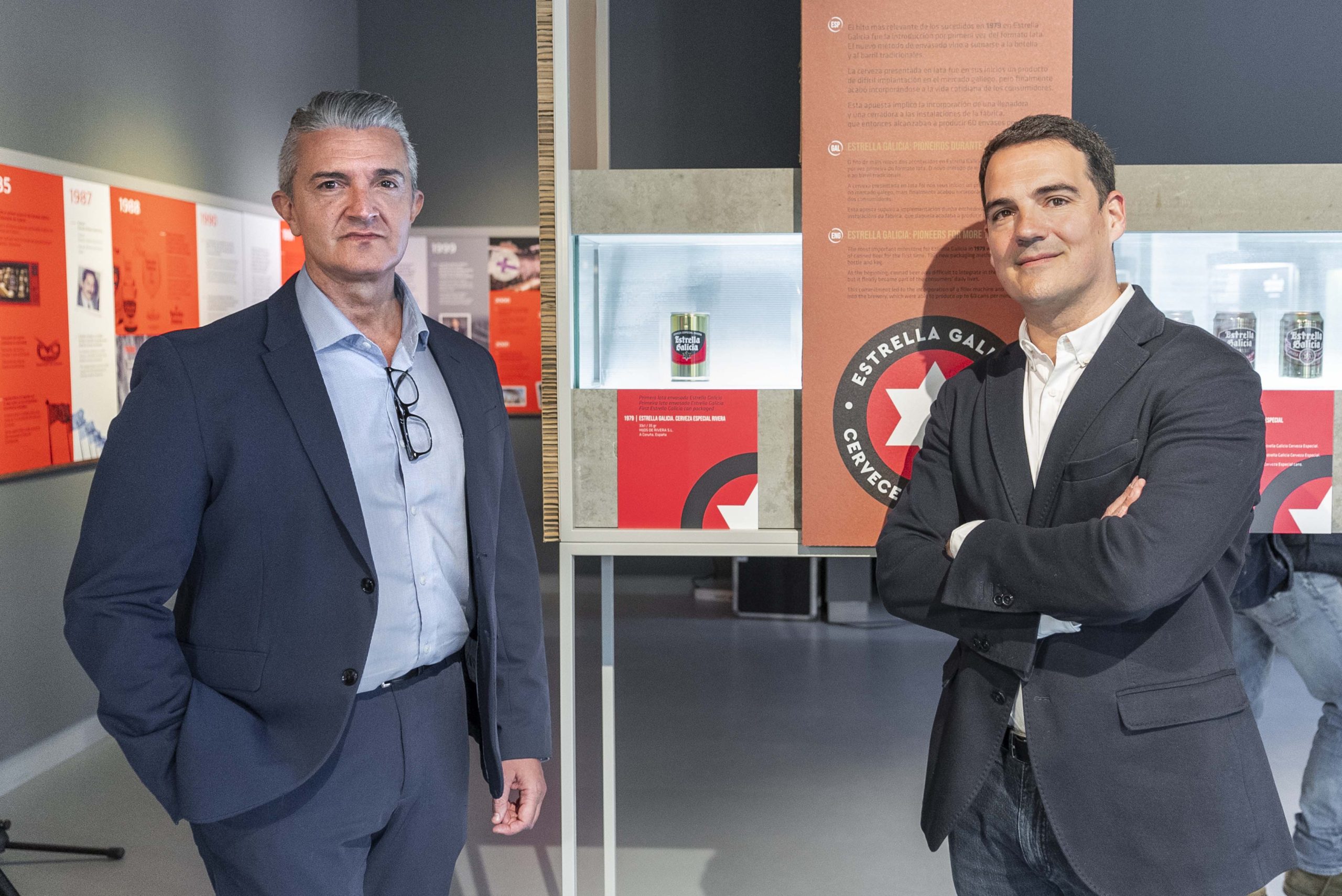 Until the 31st August, our Mundo Estrella Galicia Museum is hosting the exhibition “Latas de cerveza. Un viaje de ida .. y vuelta”, a historical and universal tour of one of the most recognizable beverage containers that has coexisted with consumers for 90 years. This is the first temporary exhibition hosted by our museum site, located within our only Estrella Galicia brewery, and is integrated into the museum’s route. With MEGA we reinforce our commitment to the spread of beer culture and history.

The exhibition, held in partnership with the Association of Beverage Cans, allows the visiting public to discover iconic specimens of this container, such as the first beer can in history, which the American company Gottfried Krueger marketed in 1935 (‘Krueger Cream Ale’); the ‘Coronation Beer’ – the can made for the coronation of King George VI (England), of which only two specimens are left in the world; or the first can of drinks sold in Spain: the ‘Skol International Lager’ (1966). 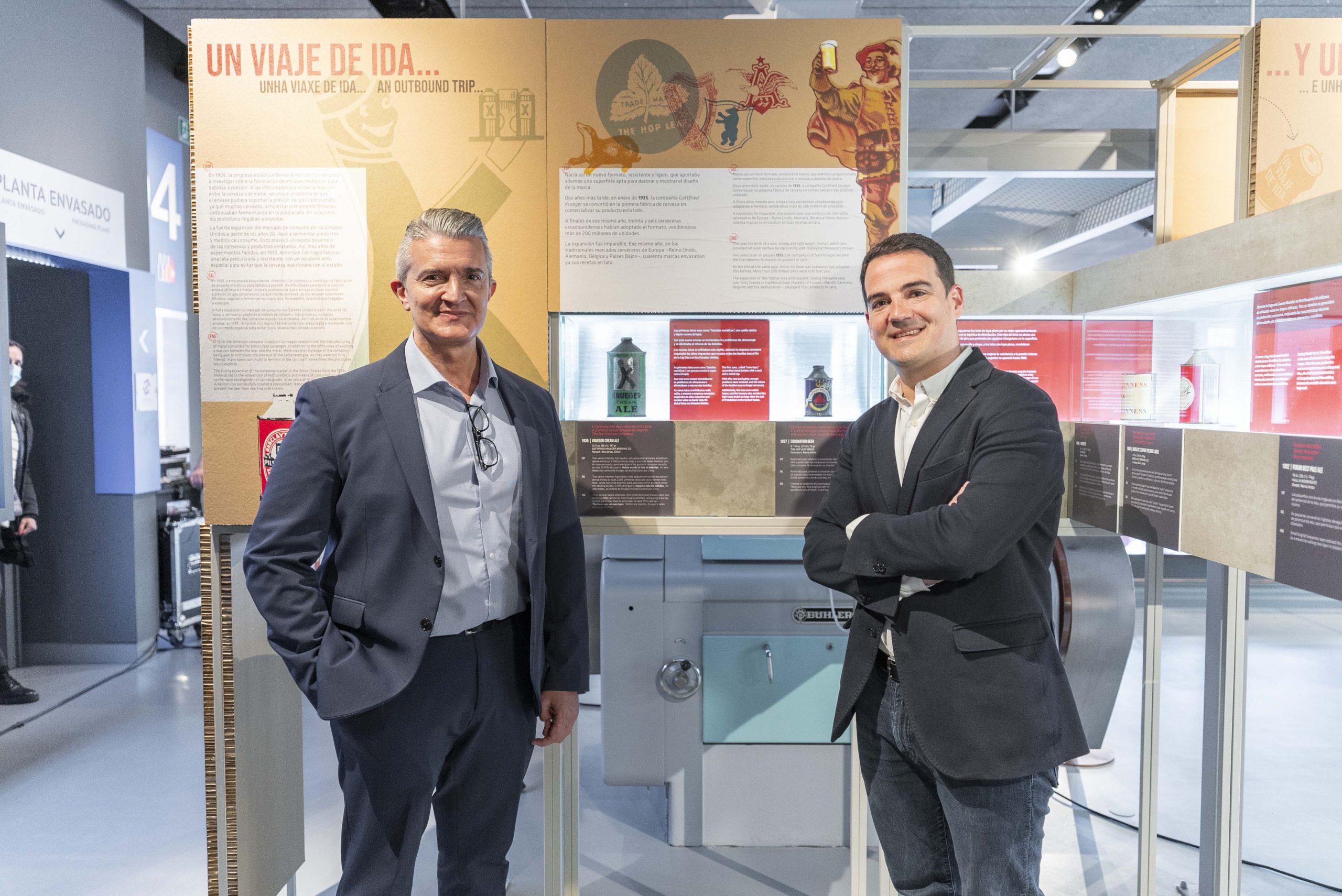 The director of MEGA, Rodrigo Burgos, and the head of the Association of Beverage Cans, Juan Ramón Meléndez, participated this morning in the opening of the exhibition, which forms a natural part of the MEGA exhibition route. In the exhibition, the visitor can learn about things such as the adaptation and historical curiosities of the packaging in terms of size, opening system (such as the first containers, the “metal bottles” with neck and metal cap), resistance conditions or impact on the planet throughout its almost nine decades.

During the first part of the exhibition, called ‘Viaje de ida’ (“Outward journey”), the museum also highlights the history of our Estrella Galicia cans. MEGA proposes a unique compilation of all the cans of Galician beer and its evolution from the first example, produced in 1979, to the present, through curious proposals such as the ceramic can of Sargadelos.

In the second part of the exhibition, named “Viaje de Vuelta” (‘Return Journey’), we focus on the present and future of cans as sustainable packaging through 360º audiovisual items generated through Holobox technology. As Burgos and Meléndez highlighted during the inauguration, the can is a product that, not only does the can stand out for qualities such as the maintaining the  characteristics of beer in perfect condition, its lightness or resistance -in addition to its stackability, as thanks to its studied shape they can be stored one on top of the other optimizing their storage- it does so for its positive impact:  a can is infinitely recyclable, it can be recycled in its entirety without losing quality to manufacture new cans or other metal objects.

For further information about the exhibition “Latas de cerveza. Un viaje de ida… y Vuelta” (“Beer cans. An outbound… and return journey”), as well as other MEGA activities, such as guided tours, pairings, printing workshops or special events, you can visit the official website.