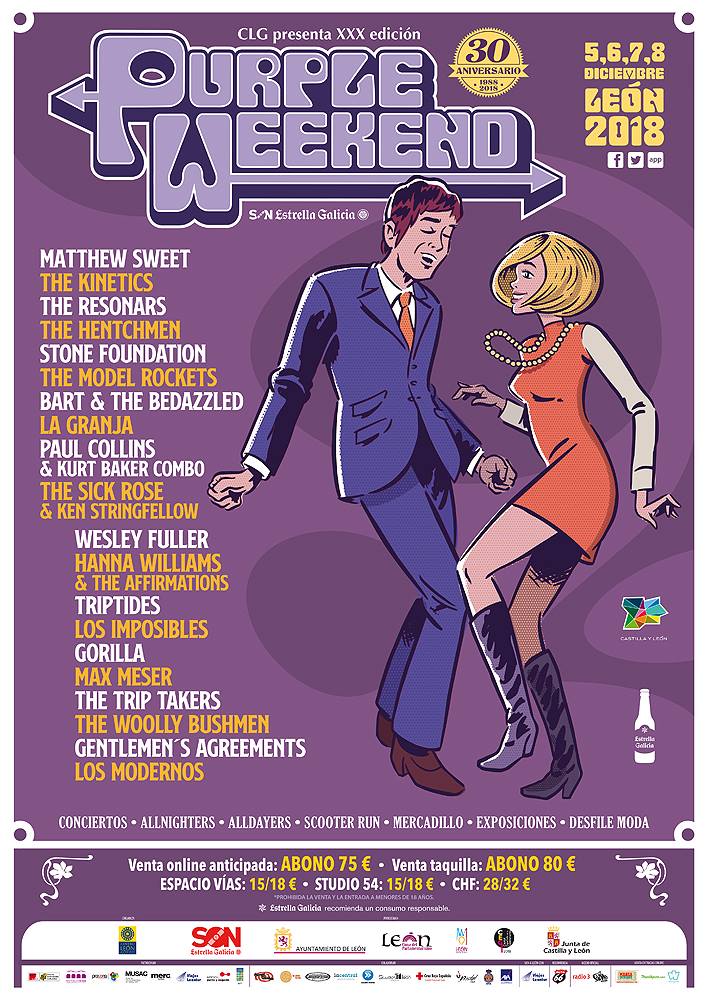 The Purple Weekend International Festival in Leon reaches its third decade of music by strengthening its link to our brand Estrella Galicia, which becomes part of the festival’s name.

The Estrella Galicia Purple Weekend International Festival celebrates its thirtieth anniversary, becoming an established event on the cultural events in the León area.

From 5 to 8 December this classic, held at the start of December and a great lead up to Christmas, will fill the city with modern music, sixties beats, and R&B, attracts not only thousands of local music fans but also festival goers from all over Spain.

Purple Weekend is not only limited to an amazing line up, but it also becomes part of the characteristics of the city where it is based: its cultural traditions, tourist, historical and artistic attractions, its gastronomy, among many others.

In its thirtieth edition, Estrella Galicia Purple Weekend presents itself as a consolidated date on the calendar in Spain, which in recent years has experienced great exposure and become an important event. These repercussions has translated into, among other things, the consolidation of our Estrella Galicia brand as a sponsor, becoming part of the festival name and turning it into the