We join Grupo Nove in its new project: Nave Nove 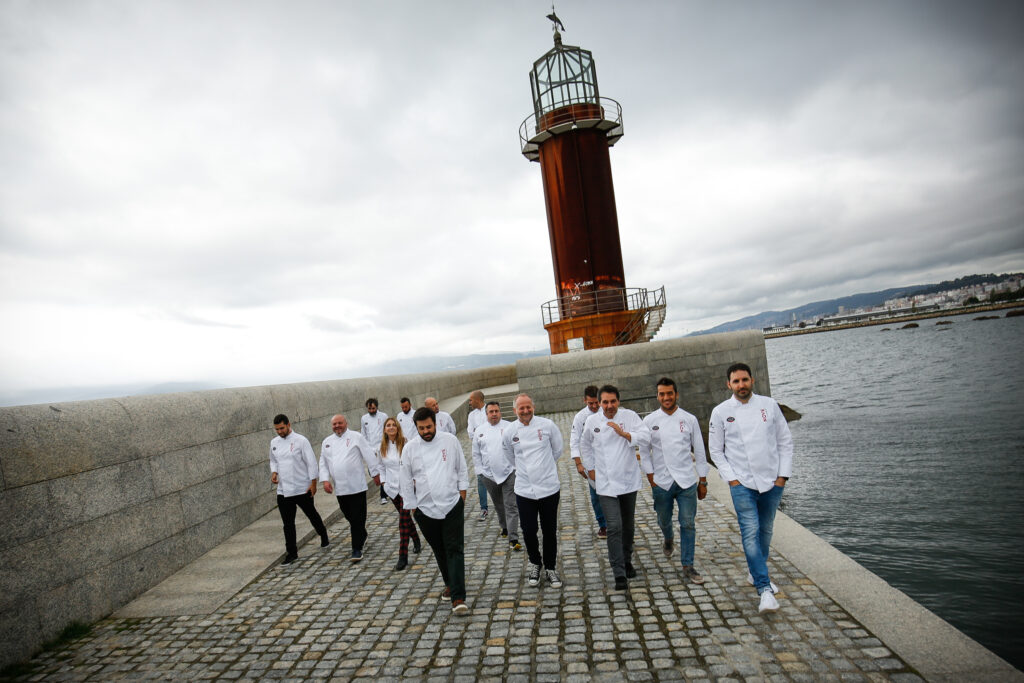 Grupo Nove presents a new image, new collaborations, and new projects; among them Nave Nove, a new temporary restaurant belonging where we will be present with the aim of support business linked to gastronomy.

The group of chefs Grupo Nove presented, at Museo del Mar (Vigo), a new stage full of ambitious projects with the aim of putting Galician gastronomy up where it belongs

Among these new projects is a pop up restaurant, Nave Nove, a project which we will take part in with the aim of supporting business linked to haute cuisine, and strengthening our role as ambassadors of Atlantic cuisine. The pop up restaurant will open its doors for the first time in the city of Porto on 24 October, and will offer a taster menu designed by 8 Michelin star and 20 Repsol Sol chefs, paired with our Estrella Galicia beer until 17 November.  The group presents this project hoping to present it in other large cities in Spain and abroad in the future.

The menu will cover Galician gastronomy in 9 steps: appetisers based on bivalves, main dishes with crustaceans, white and oily fish, pork and beef, and desserts that are typically associated to autumn and chestnuts.  All accompanied with our beers Estrella Galiciaand 1906, as well as our de Cabreiroámineral water.