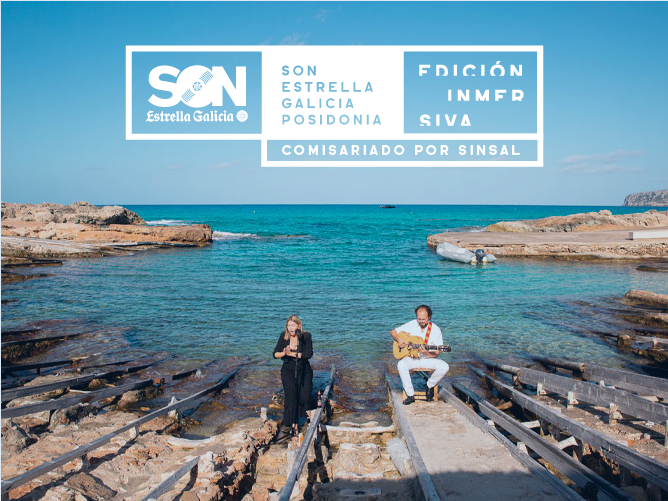 The festival will receive the highest award in the Brand Experience category in Events for its proposal of the first immersive and interactive festival.

SON Estrella Galicia Posidonia 2020 has been awarded Gold in the Best! N Food awards given by the magazines IPMARK and DA/Retail, in collaboration with Alimentaria. The festival has received the highest award in the Brand Experience category in Events for its proposal as the first immersive and interactive festival that takes the participant to Formentera without leaving home, a recognition of creativity when it comes to offering a different perspective in a year marked by the lack of festivals.

The most sustainable and committed festival on the scene, which has tried to raise awareness year after year about the importance of responsible tourism and the protection and care of biodiversity, was transformed in 2020 into SON Estrella Galicia Posidonia Immersive Edition, the first interactive festival, with the idea of combining online and offline experiences that connect with each other and allow the viewer to rediscover Formentera with the five senses.

Thus, the fourth edition of the festival, organised by Sinsal, became a disruptive online and offline experience for 150 lucky people who were able to immerse themselves in secret corners of the island while enjoying unexpected concerts, select gastronomy, diving among the posidonia and the best beer.

Rediscovering Formentera with the five senses

SON Estrella Galicia Posidonia offered its audience the possibility to rediscover Formentera with the five senses. As in each of its editions, the festival kept the secret of its performers until the last moment, a line-up in the last edition made up entirely of women. The delicacy of Rocío Márquez, the truth of Lorena Alvarez and the harmony of Marina Herlop could be enjoyed along the route that this innovative festival initiative offered. The concerts were recorded in stunning places on the island which became remote stages that made the live shows even more magical. Marquez, Alvarez and Herlop designed unpublished acoustic and minimalist electronic formats adapted to these protected spaces of Formentera.

Once SON Estrella Galicia Posidonia was accessed, the experience itself interacted with the public asking it to choose between the different musical, gastronomic, sustainable and beer proposals that made everyone design their own adventure. The festival access pack included a beer box and a taste box with premium beers and preserves to sample during the festival. In addition, the Galician Michelin star chef Pepe Solla joined, from the kitchen of his restaurant Casa Solla, the cast of chefs offering culinary ideas to fuse the best of the gastronomy of his land with that of the pitiusa island.