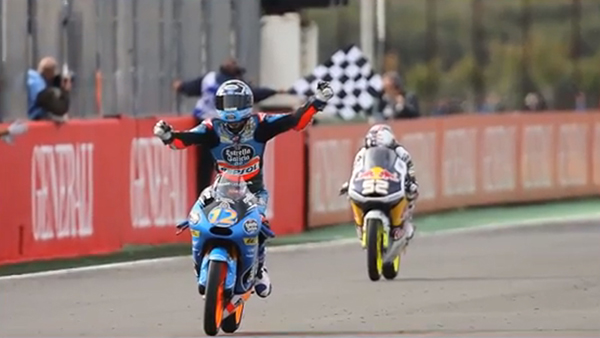 One of the moments in 2014 that has made us the happiest has been the fulfilment of the dream of seeing Team Estrella Galicia 0,0 crowned Moto3 World Champion. Álex Márquez won the title which was also an historic milestone, given that two brothers became World Champions in motorcycling for the first time in history in the same season: Alex Márquez in moto3 and Marc Márquez in MotoGP. His teammate, Álex Rins, bid farewell to Team Estrella Galicia 0,0 having achieved a highly commendable third place in the world standings. His immeasurable help was fundamental to Márquez achieving victory in his final race in Cheste.