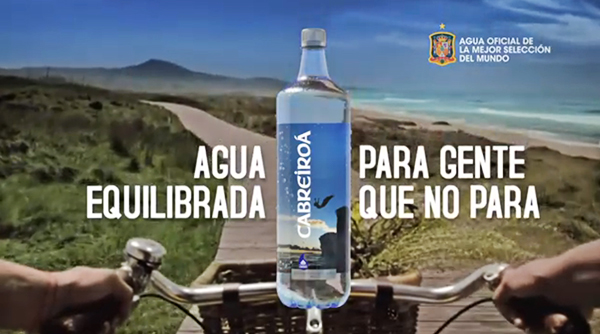 Cabreiroá launched its first publicity campaign on a nationwide scale in Spain this year. Under the slogan “La vida es dura, tu agua no puede ser tan débil” (“Life is hard, your water can’t be so weak”) our water brand launched three 10-second ads in which different funny situations were shown, which attempted to show the difficult side of life and trying to raise a smile from the audience.

Coinciding with the World Cup, and the sponsoring of the Spanish National Football Team, two further ads were shown which substituted the slogan for “El fútbol es duro, el agua de nuestra Selección no puede ser tan débil” (“Football is hard, our squad’s water can’t be so weak”).