Maeloc cider has finished the apple harvest season after three weeks of intense activity. The Customdrinks plant has received almost 900,000kg of cider apples at its facilities in Chantada (Lugo), an amount that has surpassed all expectations in a year of poor yields for apples, hence the campaign being described as excellent by the company, both for the quantity and the quality of the apples.

After years of firm commitment to ecological cultivation, 70% of the cider apples received at the plant during this campaign have been certified by the Consejo Regulador de Agricultura Ecológica de Galicia (Galician Regulatory Council for Ecological Agriculture), as opposed to 50% last year. This notable increase is due to the company’s commitment to boosting ecological farming and the use of ecological apples to make its ciders, an initiative to which the farmers of the area have responded to positively by adapting their crops to this system.

The cider apple delivered to the Customdrinks plant comes from cooperatives and smaller autochthonous apple farmers and even individuals from the area, which make up a high proportion of the apples obtained at about 22% of the total amount.

The varieties collected are Raxo, Príncipe, Peró, Verdeñá and Rabiosa with which the company will make its wide range of ciders. With the 900,000kg of apples obtained up to a million litres of Maeloc Galician cider could be made.

The harvest is carried out in a number of areas within Galicia, but overall in Chantada, where this crop has a deep-rooted tradition. This year, the harvest campaign has been carried out earlier due to the weather conditions last summer.

Maeloc offers a wide variety, ranging from Natural cider, Dry and Sweet, and even innovative formats and flavours such as the launch this year of Pear,Blackcurrant and Strawberry flavoured cider. Maeloc places special emphasis on the fact that it is made of autochthonous Galician apples, by using the slogan “Cosecha de Galicia” (“Galician Harvest”) spreading the message of its commitment to quality Galician products throughout the markets. 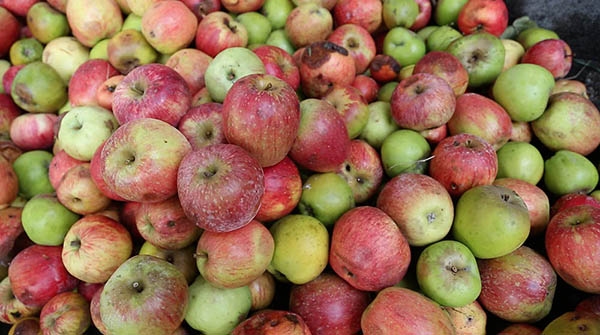 Custom Drinks is a company belonging to Corporación Hijos de Rivera. It has a wide range of premium products in its portfolio such as Maeloc Ecological Extra cider, La Tita Rivera mixed drinks and Zuvit grape juices (“mostos”),  in addition to offering its clients the Made-to-Order concept enabling the production of any drink in any format.

Custom Drinks is currently the only cider company in Galicia, and one of the few in Spain that has a firm commitment to ecological agriculture in the production of its products. This is combined with its R&D work and innovation platform, which has been able to adapt the latest tendencies in formats and products to production and technological processes.