From April, the characters of the series “Jurassic World: Cretaceous Camp” will form part of the bottles of 33cl of Agua de Cuevas sport cap. 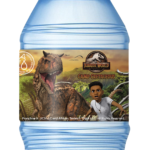 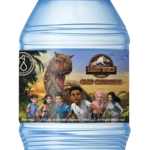 “Jurassic World: Cretaceous Camp” will feature, from April, on the labels of the containers of Agua de Cuevas. The Netflix series, aimed at children, will be part of a series of two different and collectible designs that will be added to the of 33 cl. sport cap bottles.

With the addition of this new license, Agua de Cuevas also intends to emphasize the children’s cap, with a visible corner that will help the consumer identify it, reinforcing the positioning of the brand as ideal water for the preparation of baby food.

Continuing the saga of successful films in the Jurassic franchise, Jurassic World: Cretaceous Camp follows six teenage campers who are the first selected to experience the most incredible adventure camp in the world: Camp Cretaceous! But when the genetically created top predator, the INDOMINUS REX, escapes and causes all the Jurassic World systems to fail, unleashing runaway dinosaurs in the park. Campers discover that they have to rely on themselves to be able to leave Isla Nublar and find their way back.