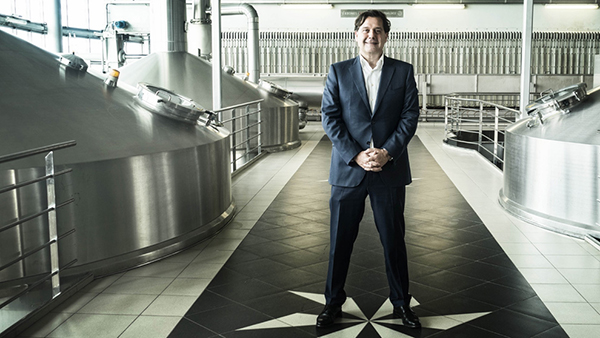 “We don’t want to be the biggest-selling beer, but the best-loved.” This is one of Ignacio Rivera’s statements highlighted by Fuera de Serie, the Expansión supplement that has published an extensive interview with our CEO. 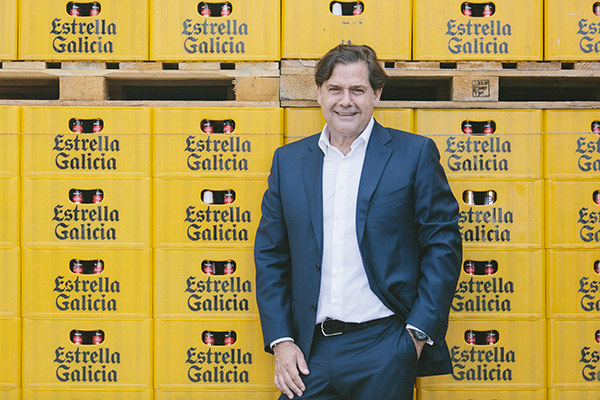 The article starts by asking how it is possible that our company has managed to double its turnover (408 million euros) and increase production by 123% (237 million litres in 2016) in just under 4 years.

“By dreaming, which is free and always profitable. And by surrounding myself with people who are better than me, making the same beer that my great-grandfather made in 1906, following the same traditional methods.” I.Rivera.

The interview goes on to speak about our international expansion and, specifically, about the announcement that we were going to build our second brewery in the world, in the Brazilian state of Minas Gerais.

I.Rivera: “The Brazil decision was quite hard for us, as we are great craftsmen, and we like to have just one brewery in order to preserve the origin of the process and the raw material. However, no matter how much we expand our facilities here which are on the way to producing 400 million litres, we need to supply the Latin- American market, where we are doing really well. So, since 2012 we have been searching for water that is as close as possible to the one here, and suppliers of identical raw materials. After looking at 50 different locations, we chose the water from Poços de Caldas in Minas Gerais, which has the highest number of aquifers in the country.”

Ignacio Rivera also speaks about his role as CEO and his leitmotif at work. “ I like to say that I am a clown in the circus, the one who performs after the lion tamer and before the trapeze artist, and manages to make people relax and eliminate tension. I have a clear understanding that my work is to make sure that people are happy, and that is impossible if I don’t have fun myself.“

The special characteristics of our beer and its ability to conquer consumers from around the world, is another question put to our CEO: “Our flavour is different. And I can assure you that it was hard journey. Before I was CEO, I was Sales and Marketing Manager and, when we began to expand, I was looking for new markets and people would say, “This beer is very bitter, isn’t it?” Well, yes it is, but now there is a widespread trend towards creating a more hoppy beer, something that we have always done. The origin lies in the Indian Pale Ale (IPA), which travelled to England from India and in order for it not to spoil extra hops were added, and nowadays craft beer has adopted this formula. We were there first, but it wasn’t a strategy, simply a coincidence.”

The journalist from Fuera de Serie also asks how difficult it is to run a family company such as Hijos de Rivera: “Well, it is difficult. In our case, we are a large family, with all the conflicts that any family has, and in addition to that, there is money involved. The secret is to put the company first, to put the family at the service of the company, and never the other way round. We have known how to do this, and I feel that we are a unusual case, the only family in the food and beverage sector that establishes a company and keeps its structure for 111 years.”

The full interview can be read in the free supplement “Fuera de Serie” that accompanies Expansión newspaper. The online version will be accompanied by a video with part of the Ignacio Rivera interview.