#DiscoverTheUnexpected: Galicia and Ireland joined by beer and haute cuisine 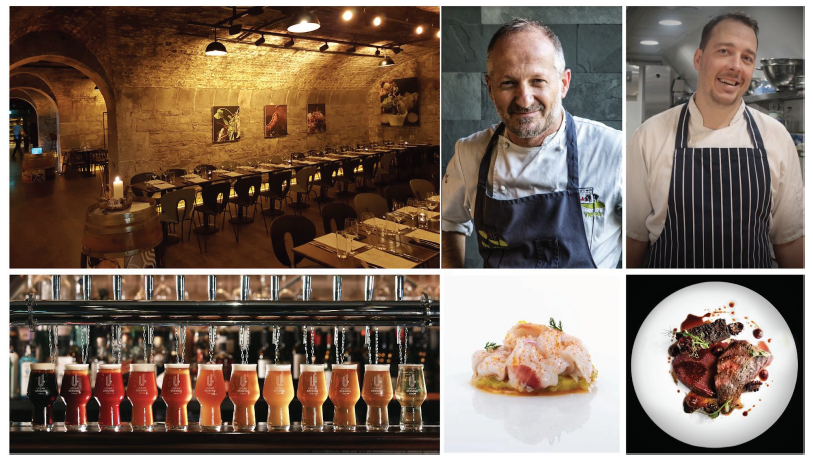 Each dish in the exquisite 6 course menu of #DiscoverTheUnexpected, dreamt up by the Galician chef Pepe Vieira and the Irish chef Dan Keane, has been carefully selected to complement the tasting notes of the beers from Hijos de Rivera and O’Hara’s Brewery.

Tonight we will celebrate at Urban Brewing in Dublin –O’Hara’s Brewery bar – the #DiscoverTheUnexpected event, a pairing dinner designed with the objective of highlighting the similarity and cultural relationship between Galicia and Ireland through haute cuisine and beer.

In order to translate this concept, a 6-course menu has been developed, designed by the chefs Dan Kean, head chef of Urban Brewing, and Xosé Torres Cannas (Pepe Vieira), one of the most important references of Galician cuisine.

Each chef has been responsible for creating 3 courses to exhibit their local gastronomy, which will be paired with different beers which represent their respective gastronomical cultures: Irish dishes with Carlow Brewing Company’s beers and Galician dishes with the three iconic Hijos de Rivera beers (Estrella Galicia, Estrella Galicia 0,0 and 1906 Reserva Especial).

The necessary raw materials to produce the Galician dishes have been transported to Ireland from Galicia with the intention to maintain 100% essence and authenticity of the dishes and the genuine Galician gastronomy.

#DiscoverTheUnexpected is the first gastronomical collaboration with our partner in Ireland since our relationship began in 2017, when our company acquired a 32% share in the Irish craft brewery Carlow Brewing Company, a family business which began producing craft beers 20 years ago in the demanding Irish market and which has positioned itself at the head of the movement in Europe through its O’Hara’s beer, the flagship brand of the company.