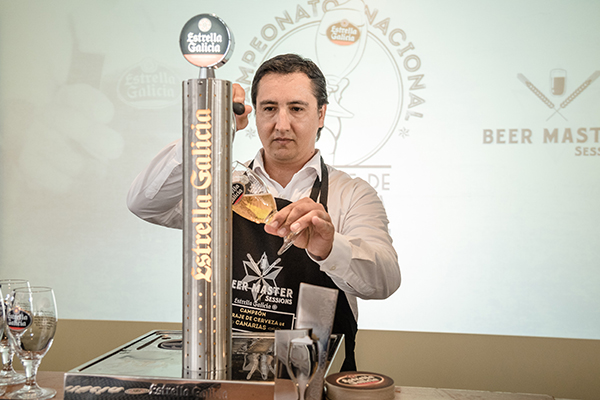 The winner beat 18 contestants in the contest held this morning in Lanzarote, and the runner-up was named as José Hernández Guadalupe, from Restaurante Lilium in Arrecife. The three other finalists were: Alicia Chance, from El Café Charco La Miñoca in Arrecife; Raúl Álvarez González, from Restaurante Naia de Arrecife; and Jimena Guerrero, from La Media Luna in Candelaria, Santa Cruz de Tenerife.

The winner and runner up will represent the Canary Islands at the Campeonato Nacional de Tiraje de Cerveza Estrella Galicia (National Estrella Galicia Beer Pulling Championship) to be held next year.

The Restaurante Amura in Puerto Calero was the setting for the V Campeonato de Tiraje de Cerveza Estrella Galicia (Estrella Galicia Beer Pulling Championship) in the Canary Islands. A total of 19 aspirants, from all the islands in the archipelago, competed through the different rounds to win the title of the Best Beer Puller, supported by the public that attended the event. After having to demonstrate their skill at serving both draught and bottled beer, and answering a range of questions about the beer world, Alexander Malaquín, from Restaurante-Grill Las Cadenas in Lanzarote was awarded the title of Best Beer Puller in the Canary Islands.

The runner-up was José Hernández Guadalupe, from Restaurante Lilium in Arrecife. Both will represent the Canary Islands at the National Championship to be held in May 2018 within the Salón de Gourmets in Madrid.

Once the contest was over, Alexander stated that he was very happy to be the Canary Islands champion. The key to winning, according to him, was “in the precision when serving from a bottle, to follow all the steps and the attention paid to the head of the beer.”

José was happy to have been able to keep his nerves under control in the last stage. He is sure that what enabled him to finish second was the fact he always handled the glass by the stem which, in his own words, “was important for the jury.” 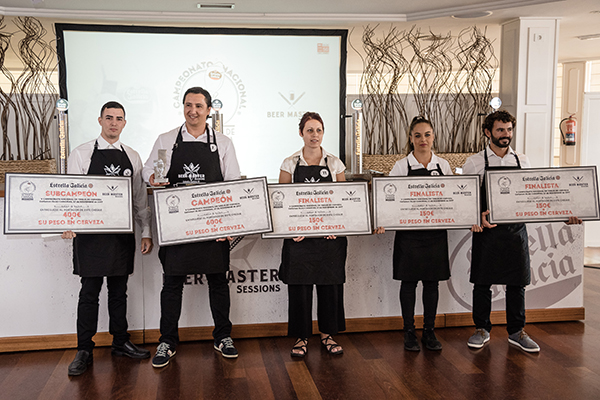 The five finalists in this knockout phase have won their weight in beer and a cash prize. The winner has won €600, the runner-up, €400 and the other three finalists, €150. In addition, they were all given a diploma certifying their participation.

The participants were judged by an expert jury presided over by Xabier Cubillo, representative of Beer Culture at Hijos de Rivera, who had to work hard to evaluate quality, efficiency, and speed of the serve, as well as the aspirants’ knowledge about the beer world. The rest of the jury was made up by: José María Díaz, catering teacher at Zonzamas College; Iván Trujillo, winner of the Estrella Galicia Beer Pulling Championship from the Bar Pico Viejo in La Orotava; José Vicente Hernández, owner of the Restaurante El Encuentro and catering teacher. 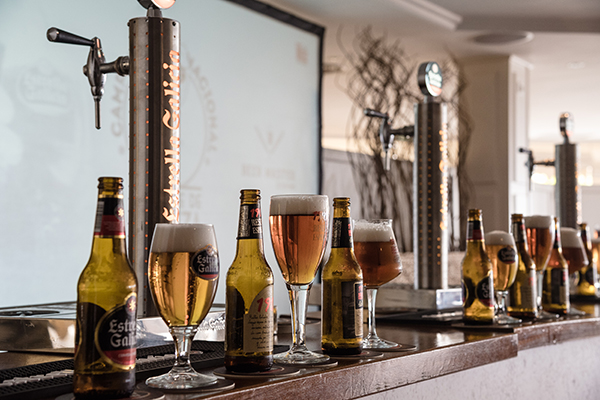 The aim of the championship is to promote beer culture and acknowledge the work carried out by barmen as a fundamental link in the distribution chain of our products.  A professional service is fundamental in order to offer end consumers all the possibilities that beer has to offer.